Lodrö is a student of the late Ven. Trungpa Rinpoche and of Dzogchen Pönlop Rinpoche. Born 1952 in Germany, he received his first ordination in the Karma Kagyü Sangha in 1984, France, and then moved to Gampo Abbey, Canada. From 1985–2002 he served as Secretary of International Kagyü Sangha Association of Buddhist Monks and Nuns and published its magazine The Profound Path of Peace.

He completed the traditional three year retreat in 1996 and a four year study retreat in 2003. He also served for a few years as Acting Director of Gampo Abbey, was one of the co-founders of Nitartha Institute and served as chair of Vidyadhara Institute, the monastic college of Gampo Abbey, since its inception.

His focus of study is in the systematic traditions of Buddhist Abhidharma. He has translated and published—under the supervision of Prof. Ernst Steinkellner —Erich Frauwallner’s The Philosophy of Buddhism (Motilal).

He is the general editor and main translator of The Collected Works of Louis de La Vallée Poussin, of which Volume I: Abhidharmakośa-Bhāṣya of Vasubandhu, was published in 2012, and Volume II: Vijñapti-mātratā-siddhi. A Commentary (Cheng WishLun) on Vasubandhu’s Triṃśikā by Xuanzang, was published in 2017. He was also engaged for several years in translating the Collected Works of Prof. Lambert Schmithausen. As President of Karma Changchub Ling, he is presently engaged in establishing it as a monastic centre of the Karma Kagyü lineage. 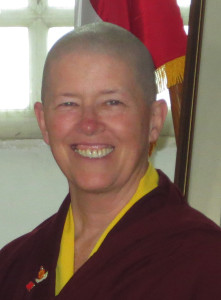 GELONGMA NYINGJE GONGPEL began in the United States with the culmination of daily life confusion that leads one to want to start sitting … . She found that living in communities is the support that she needs; this led her to many types of meditation training over the years: working, singing, walking, gardening, shamatha meditation, pilgrimage, Plum Village meditations, Silent Illumination meditation. At a 2004 New Year’s group retreat in NE Scotland, she got that she was to “go to Pema’s place and cut her hair”. Ten months later she arrived at Gampo Abbey and began sitting. Just sitting in the shrine room awoke Nyingje’s connection to the abbot, the V.V. Khenchen Thrangu Rinpoche and to His Holiness the 16th Gyalwang Karmapa. Just seeing someone else’s desk top image awakened Nyingje to her teacher Mindrolling Jetsün Khandro Rinpoche. Just taking a mahamudra Shedra course there led her to a moment. Such moments led Nyingje to remain at Gampo Abbey for eleven years, receive bhikṣhuṇī ordination from Zen Master Thích Nhât Hạnh, and graduated from the “three year retreat” at Söpa Chöling in August 2017. 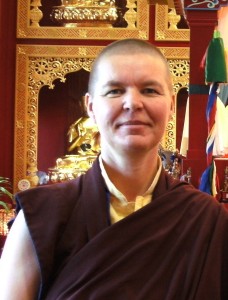 GElONGMA DRIME SHIWA (Saskia Bleijendaal) started her Buddhist path in the Netherlands with the Friends of the Western Buddhist Order. There she led meditation groups, co-led retreats and participated in the Board of the Amsterdam Buddhist Center. In 2008 she left her job in International Relations at VU University Amsterdam and came to Gampo Abbey where she worked as Head of Education for several years. She soon became a student of Dzogchen Pönlop Rinpoche and studied at Nitartha Summer Institute. She also graduated from the Gampo Abbey Shedra and co-taught one of its courses. In 2011 she received getsülma vows from the V.V. Khenchen Thrangu Rinpoche, and gelongma vows in 2017. In August 2017, she graduated from the traditional three year retreat at Söpa Chöling.

Shiwa has always tried to find a good mix of study and practice, one informing the other and this will be something she would like to continue doing at KCCL.

At present she is one of the directors of Karma Changchub Ling. 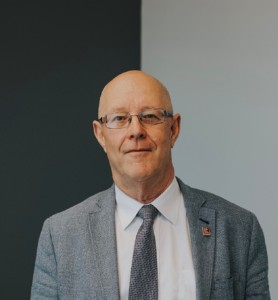 Steve immigrated from England to the USA in 1974 and became an active student of Tibetan Buddhism and of the great meditation master, the Venerable Chögyam Trungpa Rinpoche.

From 1981-1983 he lived at Shambhala Mountain Center, where he became a meditation instructor in the shamatha-vipassana discipline and staffed several long group meditation retreats, as well as many other teaching seminars and retreat programs.

He has been a personal attendant to each of the three Shambhala leaders and met many of the great visiting lamas and teachers of the Kagyu and Nyingma traditions through service. He and his family immigrated from Colorado to Nova Scotia in 1989 in support of his teacher’s wishes. Steve has been  a real estate broker for 30 years, and besides the j