No beginning, no middle and no end

A lhasang is a traditional ceremony performed to dispel neurosis, to purify the environment, and to bring down the blessing of the divine upon the participants and place. In doing so, one’s neurosis may be dispelled and an appreciation of sacred world can occur.

Lha in this context means “divine”; sang means “to purify”.

Psychologically lha represents the first wakefulness. It is the experience of tremendous freshness and freedom from pollution in your state of mind. 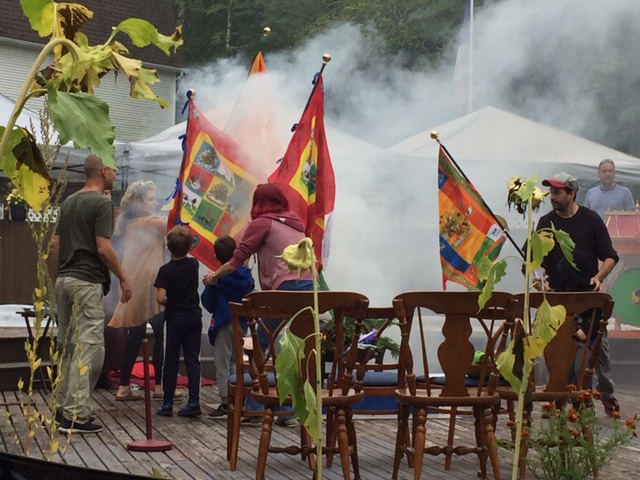 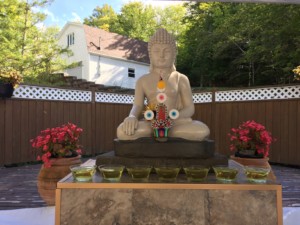 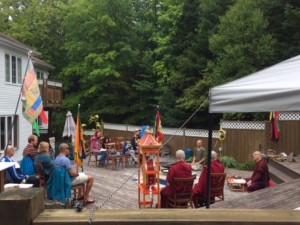 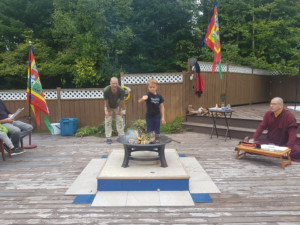 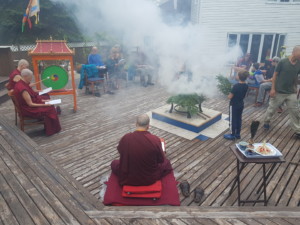 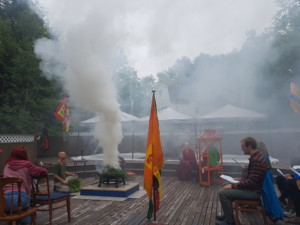 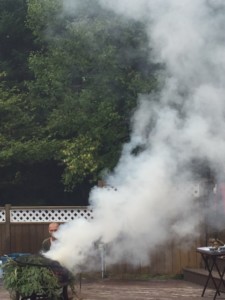 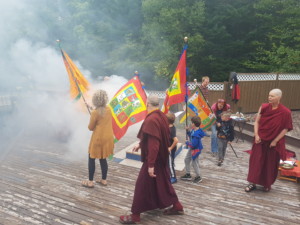 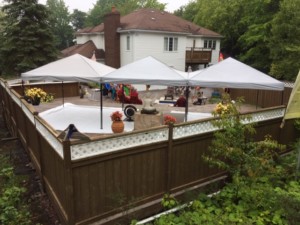 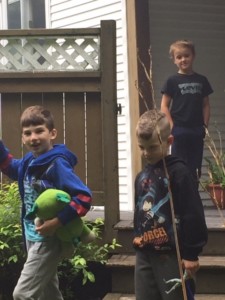 Lhasang is about discovering and invoking magic.

By magic we do not mean unnatural power over the phenomenal world, but rather the discovery of innate or primordial wisdom in the world as it is.

Khandro Rinpoche, the 7 Points of Mind Training, and Halifax: A great August weekend

Khandro Rinpoche, one of a long line of eminent female reincarnate teachers of the Nyingma Mindrolling lineage, was in Halifax in early August to teach and to consult with KCCL, the fairly new Kagyu monastic center about half-hour’s drive out of town. It was a visit sponsored by KCCL. It had been some years since Khandro Rinpoche, her Eminence, was last in Nova Scotia, and her visit created a stir among the Buddhists living here – most, but not all connected with Vajradhatu and Shambhala. The four talks were held in McGinnis Room, a big auditorium at Dalhousie University, about 250 people attended: middle-aged greyhairs nodding